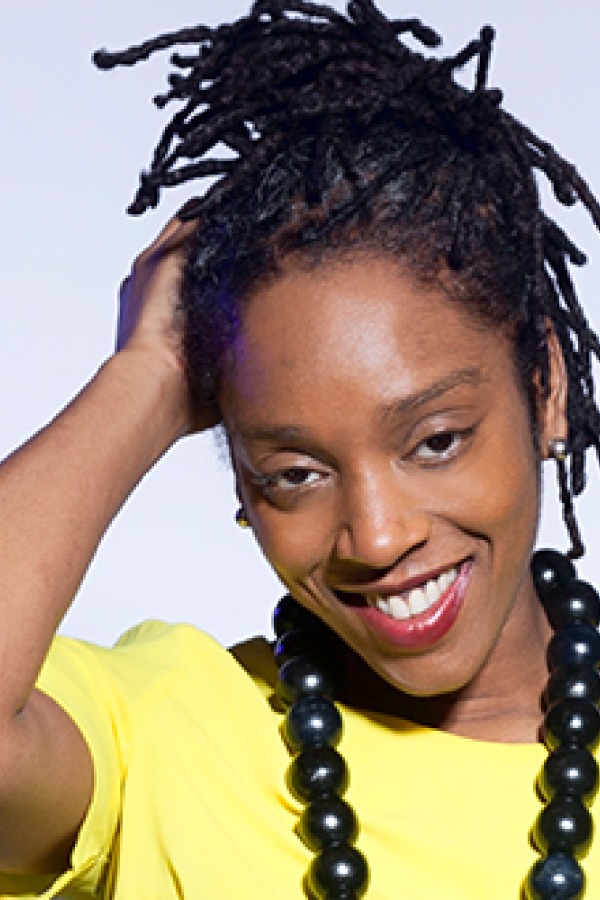 Athena Kugblenu is a stand-up comedian and writer. She is a member of the BBC Comedy Room 2019/20 and 2020’s recipient of the Felix Dexter Bursary from the BBC. A 2015 BBC New Comedian of the Year finalist, she leads with intelligent, edgy, thought-provoking jokes. Her debut solo show, KMT, played the Edinburgh Fringe to 4 and 5-star reviews, as did her 2018 follow-up FOLLOW THE LEADER. Both featured in The Guardian, The Independent and The Telegraph’s best jokes compilations.

She has appeared on RICHARD OSMAN’S HOUSE OF GAMES (BBC 2), MOCK THE WEEK (BBC 2) and co-presented YESTERDAY, TODAY AND THE DAY BEFORE (Comedy Central).

She has written for HORRIBLE HISTORIES, THE RUSSELL HOWARD HOUR, Radio 4’s BAMESHOW, THE LENNY HENRY SHOW, DEAD RINGERS, THE NEWS QUIZ, NEWSJACK, THE NOW SHOW and is a lead writer on SKETCHTOPIA. She also contributes to Children’s BBC shows THE AMELIA GETHING COMPLEX, CRACKERJACK and SWASHBUCKLE.

As well as having her own radio show on COLOURFUL FM and a BBC Radio 4 series, ATHENA’S CANCEL CULTURE, Athena regularly co-hosts THE GUILTY FEMINIST podcast and performed with them on their 2019 tour around the UK. She also hosts her own podcast KEEPING ATHENA COMPANY. She has appeared on many other Radio 4 shows including BAMESHOW, THE MUSEUM OF CURIOSITY and LOOSE ENDS as well as FUNNY KIND OF WORLD and BREAKING THE NEWS on BBC Radio Scotland and THE RADIO FOUR EXTRA COMEDY CLUB.

Other credits include THE FUNNY HAHA SURVIVAL GUIDE, BABY SHOWER.

Athena is also a trusted commentator and has penned pieces for The Guardian, Time Out and Stylist Magazine, and makes regular appearances on BBC Radio 5 Live and Talk Radio.