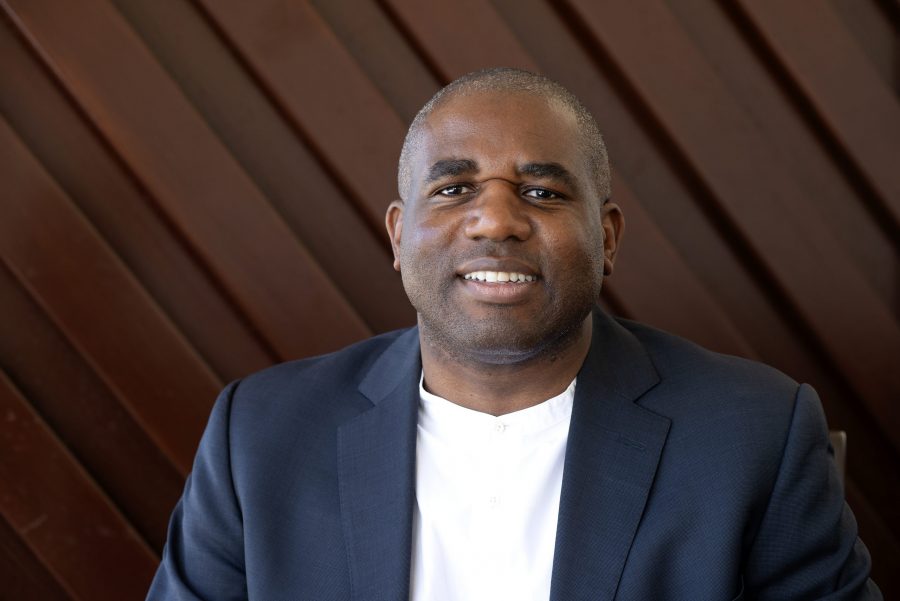 David Lammy is the Member of Parliament for Tottenham and the Shadow Foreign Secretary. Harvard educated, David is one of the leading agenda setters in the fields of social activism, diversity and multi-culturalism, he was a member of the previous Labour Government (2001-2010), is respected across the party spectrum and a well-known figure amongst the general public.

At the age of 27 in 2000, David was elected to Parliament following the untimely death of Tottenham’s long-standing MP Bernie Grant. He joined the Labour Government in 2002 and remained a member until 2010. He was Parliamentary Under-Secretary for Health, Minister for Constitutional Affairs, Minister for Culture, Media and Sport and latterly Minister for Higher Education. He was admitted to the Privy Council in 2008. He now sits on the Serious Violence Taskforce with the Home Secretary.

A passionate campaigner for Britain remaining in the European Union prior to the referendum in 2016, David also led the campaign for the Windrush British Citizens to be granted full British Citizenship, and has been at the forefront of the fight for justice for the families affected by the Grenfell Fire. A well-known advocate of social activism, diversity and multi-culturalism, David continues to tackle the big issues facing society (on a macro and micro scale) and provide tangible solutions to bring about effective change.

When David Lammy was named Politician of the Year by both GQ and the Political Studies Association, he dedicated both awards to the Windrush Generation and his friend Khadija Saye who lost her life in Grenfell Tower. In 2017, David published the widely recognised review into the treatment of, and outcomes for, Black, Asian and Minority Ethnic individuals in the Criminal Justice System. In 2020, David presented a TED talk as part of their latest Countdown series, calling for a global recognition that we cannot solve climate change without racial and social justice.

David writes for national newspapers, including the Guardian, the Times, the Independent and the New Statesman, is President of the British and Foreign Schools Association and is a former trustee of Action Aid.

He is an Associate Tenant Barrister at the pre-eminent Doughty Street Chambers, a Visiting Lecturer at the School of Oriental and African studies, and a Visiting Professor in Practice at London School of Economics, Department of Law.

David’s keynote speaking topics include but are not limited to: