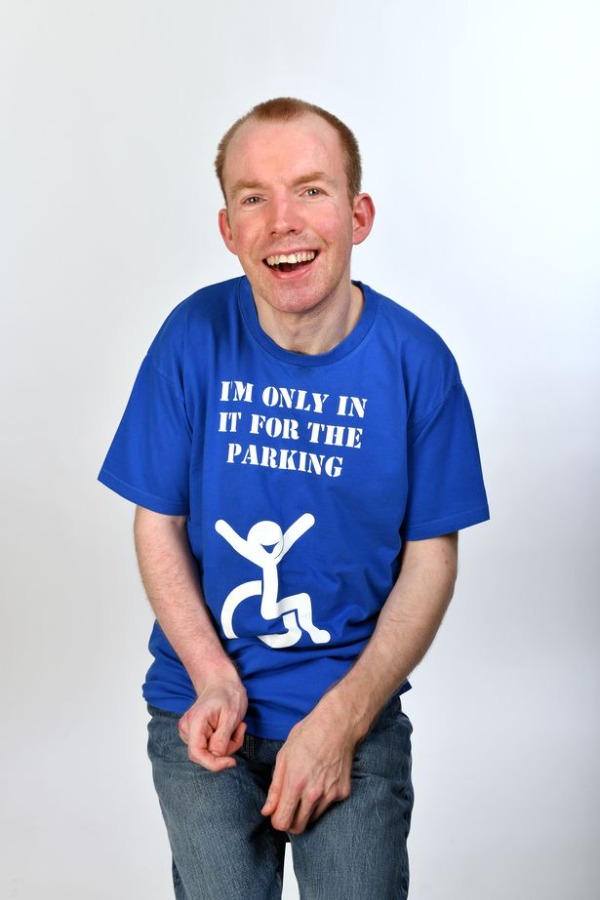 Lee Ridley (aka Lost Voice Guy) is the first stand-up comedian to use a communication aid.

Lee won Britain’s Got Talent in 2018 and the BBC New Comedy Award in 2014. His other credits include Christmas Comedy Club with Lost Voice Guy (ITV), The Royal Variety Performance (ITV), Britain’s Got Talent: The Champions (ITV), America’s Got Talent: The Champions (NBC), Comic Relief (BBC One), Live At The Apollo(BBC Two), The Last Leg (Channel 4), Comedians Giving Lectures (Dave), Question Team (Dave), Jerk (BBC Three) and The Now Show (BBC Radio 4). Lee has co-written three series of Ability (BBC Radio 4) which he also stars in. They were shortlisted for Best Radio Comedy in the 2019 Writers’ Guild Awards and Best Scripted Comedy in the 2019 BBC Audio Drama Awards.

Lee’s book, I’m Only In It For The Parking, has been published in hardback and paperback by Transworld.

Lee has told jokes/given motivational speeches for a range of charities and organisations including Sainsbury’s, Barclays and The Royal College of Nurses. He is also an ambassador for Scope as well as being a patron of The Scott-Morgan Foundation, Smile For Life, Find A Voice, Communication Matters and The Sequal Trust.

Lost Voice Guy has the Audience in hysterics