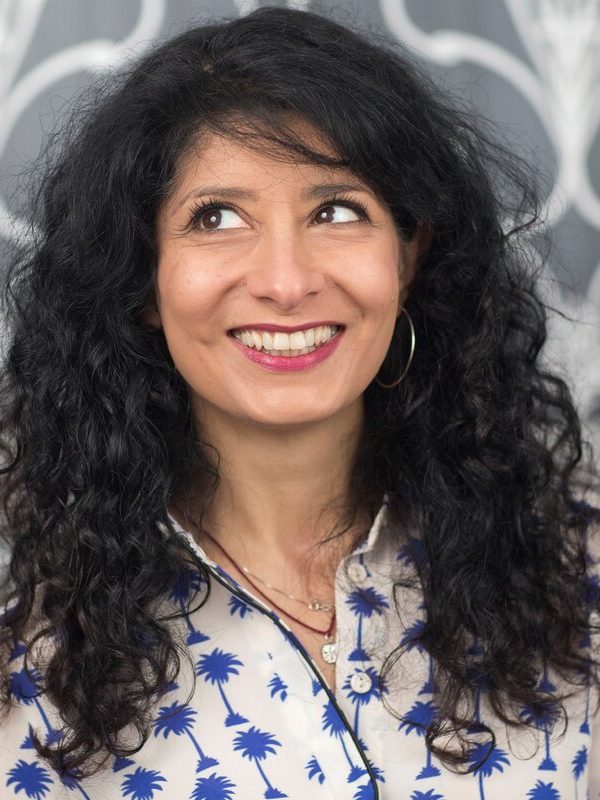 Shaparak established herself as one of the UK’s finest comedians with her sell-out Edinburgh show, Asylum Speaker. Despite the basis for the show being her experiences as a child refugee fleeing Iran and terrorists attempting to murder her father, Shaparak’s sensitive yet witty exploration of these events created an instant comedy smash hit.

This led to the publication of her childhood memoirs, “A Beginner’s Guide To Acting English“, her best-selling literary debut, described by the Scotsman as  ‘filled with laughter, wonder and compassion’. Emma Thompson said “This very funny, acute book also made me cry”.

Shaparak went on to publish her first novel, Nina Is Not Ok, which was described by the Telegraph as ‘moving, funny and shocking’ and received tremendous acclaim from critics and readers alike.

Shaparak’s career has taken her to all corners of the globe. She has appeared on countless TV & Radio shows, including: Live at the Apollo, Michael McIntyre’s Comedy Roadshow, I’m a Celebrity: Get Me Out of Here, Mock The Week, 8 Out Of 10 Cats, MasterChef, Have I Got News For You, QI, Pointless Celebrities, Question Time and Just a Minute, as well as her own show, Shaparak Talk.

Shaparak has done features for several national publications and has a regular, weekly column in the Independent.

She has received an honorary doctorate from Winchester University for her contribution to the arts and has also received the prestigious James Joyce Award for outstanding success in her field from Dublin University.

She has two dogs, two cats and two children so can often be found hiding in the airing cupboard, eating crisps in the dark.

As a keynote speaker and awards host, Shaparak can deftly handle the most serious subjects with a sprinkling of humour – a skill perfected in her early stand-up shows.  Drawing on her past experiences as a female comic breaking into a male-dominated industry, Shaparak is a popular speaker on topics surrounding diversity and inclusion and mental health. Her charmingly candid style combined with her sharp-as-a-tack delivery ensure that whether speaking virtually or in-person, she never fails to connect with an audience.

Shaparak’s speaking topics include (but are not limited to):

It’s The Way You Tell It: What Does Our Humour Say About Us?

A Woman in a Man’s World: Uncovering Everyday Sexism